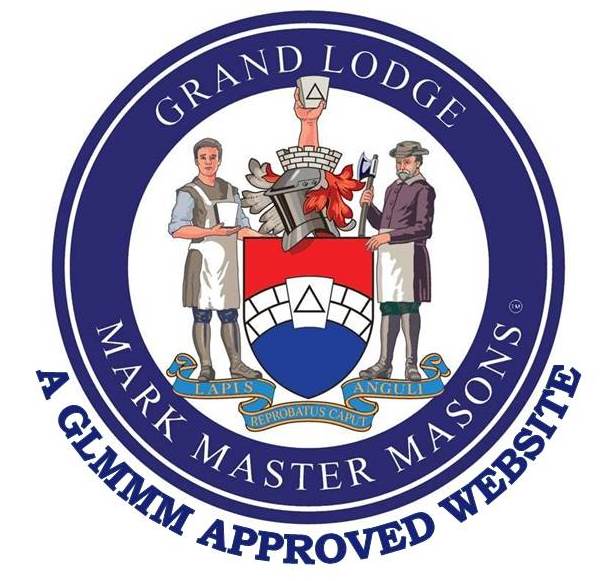 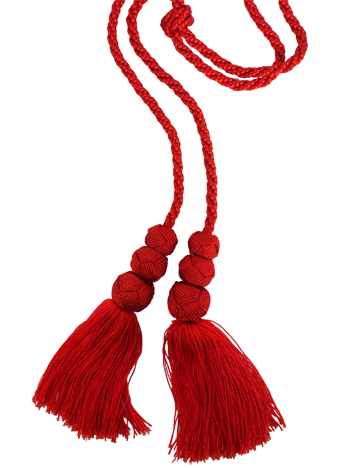 The red cord is worn by all Companions of the Order to indicate membership. By the way it is worn it can indicate possession of any or all of the first four grades. Grand Officers do not wear the Scarlet Cord. 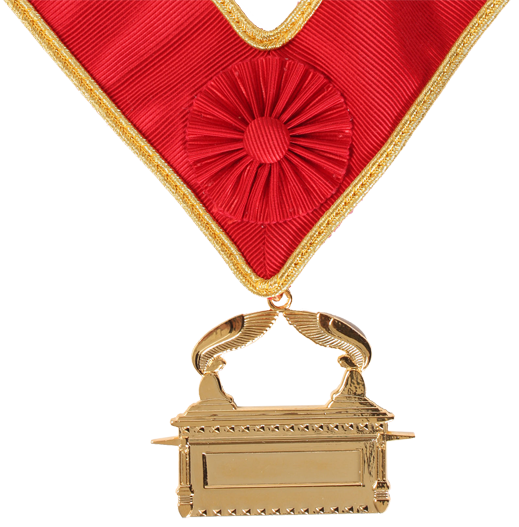 Grand Officers Collarette, the rosette signifies that the Officer holds a past rank 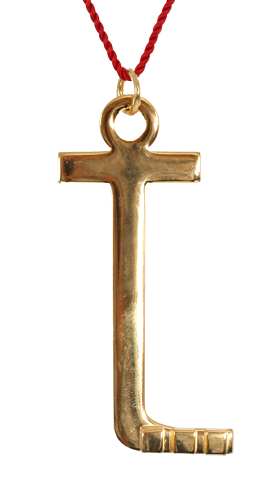 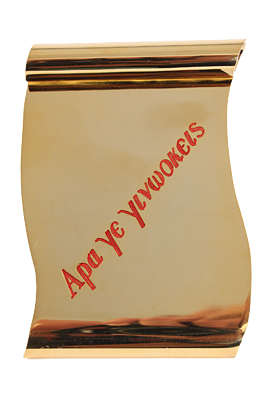 The third grade breast jewel, which when adorned with the silver anointing horn indicates that the wearer has been installed as President of a Consistory 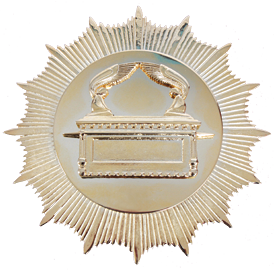 The gold breast jewel of the Sixth Grade of the Order; the fifth grade is a silver version of the same jewel 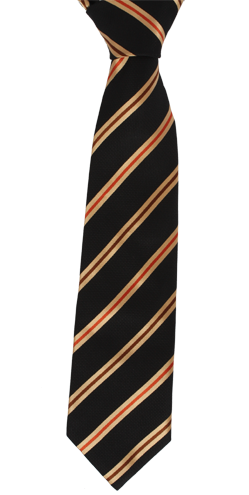 The sash of a Grand Officer